Love black and white images ? What are you waiting for visit Monochromia – http://groupexpo.wordpress.com 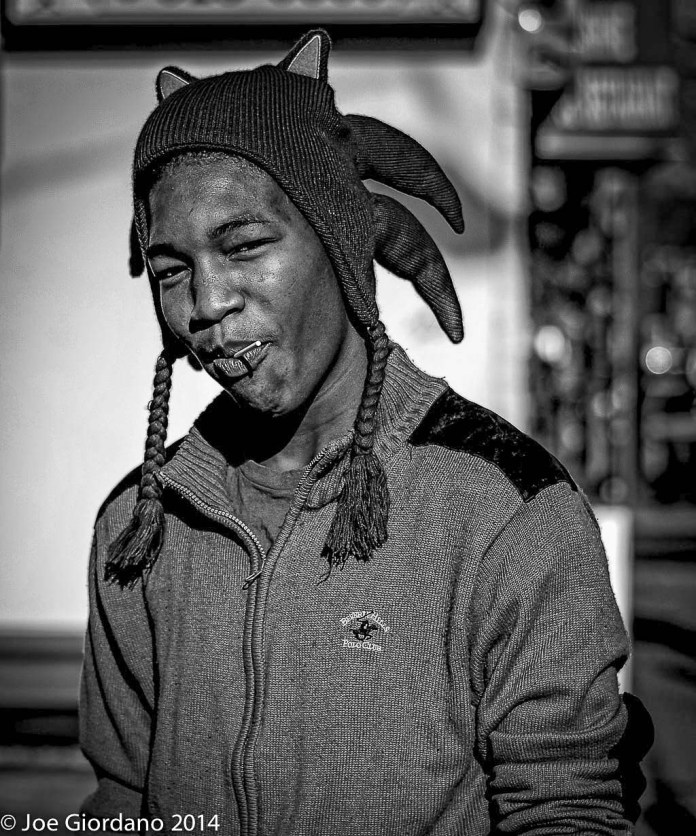 On this particular day I was doing my walk around with a little different camera than I normally would use.  This time I had an old Nikon D200 that already had 185,000 shutter actuations on it and a 50mm 1.8 lens.  I guess you could say it was well broken in.

I had approached Devin and was talking to him about that great hat he was wearing as a way to break the ice and start a conversation with him.  I finally felt comfortable enough and asked him if he wouldn’t mind if I took a street portrait of him and he gladly said “sure”.

Sometimes people agree to a photograph after having a conversation with them and making them feel at ease.

More of my images can be seen at – The Visual Chronicle