This is the sixth installment of the “You Asked For It” series and today I would like to discuss RAW files versus .jpg files or why you should shoot RAW.  Sometimes I don’t practice what I preach and I shoot .jpg files with my Fuji cameras.  For some reason I am just in love with the .jpg files that come out of the Fuji’s.

Okay now that I confessed to you that sometimes I cheat and shoot jpg files you are probably wondering why the hell should I listen to you Joe you’re a cheater !  To be perfectly honest I only cheat when I specifically need smaller file sizes which is one advantage to shooting .jpg (the file sizes are considerably smaller which means you can fit more images on your memory card).

So lets get down to the nitty gritty and figure out what in the world I am talking about when I say .jpg file.  If you own a DSLR camera and you look in your owners manual you will find that your camera is capable of recording two or more types of files and one of those choices will be .jpg.  When you set your camera to record .jpg files you are telling your camera to employ a compression scheme to the file and most likely to correct for some minor lens distortions such as pincushion distortion or chromatic aberration.  You are probably saying Joe what does that mean in english.  Pincushion distortion is typically found on wide angle lenses where vertical and horizontal lines seem to bow or curve.  Chromatic aberration is when you magnify your image you see a color fringe around the edges if your subject.

So why should i stop shooting .jpg images if the camera corrects for all these things Joe ?

Because you have less control over your final image when you shoot .jpg images. While the camera is correcting for these distortions and busy compressing these files so you can fit more images on your memory card it is processing your files. Processed files have less latitude when you try to adjust different parameters in Lightroom or whatever program you are using to import these images into your computer.

RAW files are exactly as the name implies unprocessed uncompressed raw data.  When you set your camera to shoot RAW you will notice a few things.  The first will be your memory card will hold a lot less images.  If your card held 1000 images of .jpg it will probably drop down to about 250 RAW images, so these files are a great deal larger than .jpg files.  The next thing you will probably notice if you are someone who shoots sports and has their camera set to continuous high speed mode (I like to call these spray and shoot) is that you will be able to shoot a lot less images before your camera buffer fills.  Once again in plain English your camera buffer holds the images until they can be written to your memory card.  If you are a sports photographer who holds the shutter button down to have the camera continually fire to record a sequence of shots your camera will fill its buffer faster with RAW files (because they are larger) and when the buffer fills your camera will slow down until it clears the buffer enough for more shots to be held in it.  In plainer english if you shoot .jpg files and your camera had a buffer capacity of lets say 25 continuous shots before slowing down you might get 10 shots with your camera set to RAW.

So enough talk and lets get some examples.  What I am going to show you is a couple of examples of images that I have purposely under exposed by four stops. Please take note that all of these images will say .jpg because when I export images from Lightroom I have it set to convert them into .jpgs but please be assured that some of these files were RAW before being converted. 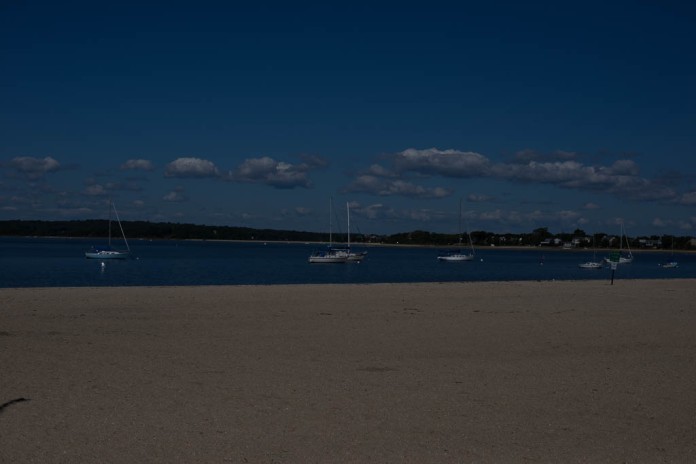 This file is from my Nikon D610 and was underexposed intentionally. My camera has dual SD card slots so it is simple to shoot Raw on one card and .jpg on the other card simultaneously. Most cameras with single card slots can do this also but RAW and .jpg images will be recorded on the same card. 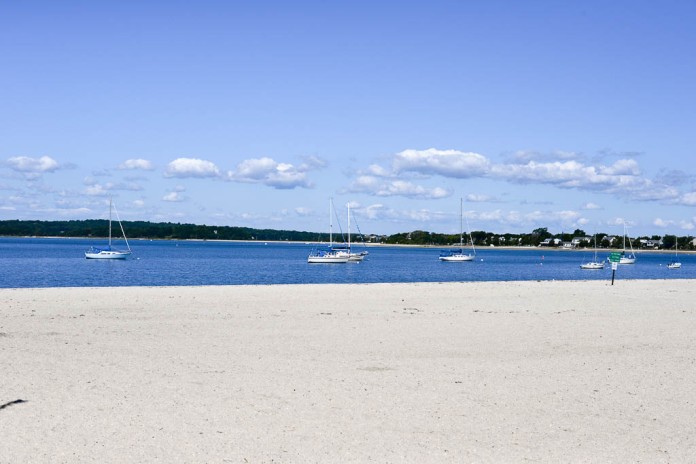 This is a .jpg file as shot in camera and was adjusted in Lightroom to bring it back to the correct exposure.  No other corrections were applied such as color tint or anything other than exposure.  Notice how the colors just are not quite correct and all the detail in the sand is lost.  I want you to take notice of color of the boat on the left and the trees in the background.  This photo might be good for emergency purposes but there is nothing in this photo that was retained that was faithful to the scene I saw.   This photo probably could be adjusted a little more but its kind of like when you make a mistake painting and the more you mess with it to correct it the worse you make it.  Why would you want to spend more time post processing your images if you make a mistake with your exposure just for the sake of fitting more images on your memory card.  Memory cards are pretty cheap just buy a larger capacity one. 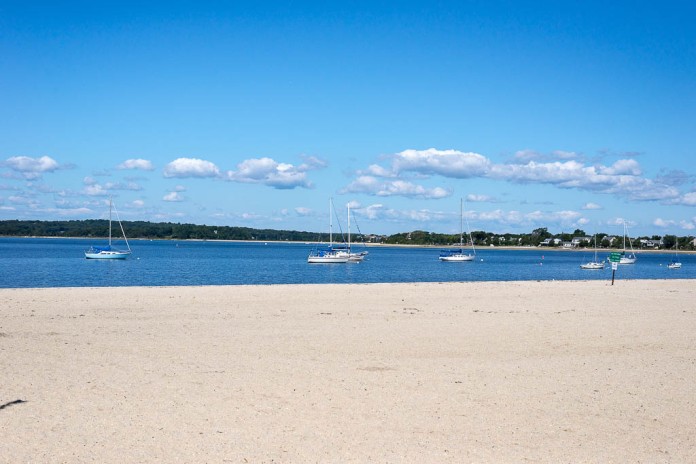 Here is the same image that was shot in RAW.  No other corrections were applied such as color tint or anything other than exposure. Notice the sand is more accurate in color along with the sky.  The sand retained a little more detail than the .jpg file.  Also take a look at the hull of the boat on the left which is the correct shade of blue.  Notice the trees in the background are green and not bluish/black like in the .jpg file.

Please go out with your camera and experiment with RAW files.  Raw files can be called different things by various camera manufacturers .  When I used to have my Olympus OMD E-M5 camera the RAW files had an .orf extension and on Nikon they are called .NEF.  Whatever they are called you should learn to use them because they are much more flexable than .jpg files.  Most people think after you take the photo your job is done but if you really want to take your work to the next level you will have to learn how to correctly post process your images.  Post processing is really where a RAW file shines.

Ansel Adams was a great photographer but he was also a master of the darkroom.  He would spend hours tweaking his images in the darkroom to achieve the exact look he wanted.  In todays world we have the luxury of RAW files and programs like Lightroom to take the place of the darkroom.

For those who are interested here is a video of Greg Cazillo fine tuning a RAW file from a Nikon D3x 24 megapixel camera.  It’s interesting how the image transforms from the out of camera shot to the finished product.  I hope you will take the time to watch it.