Join 1,948 other followers
Follow The Visual Chronicle on WordPress.com

With this post I will show you some of the unrestored portions of this eerie facility. 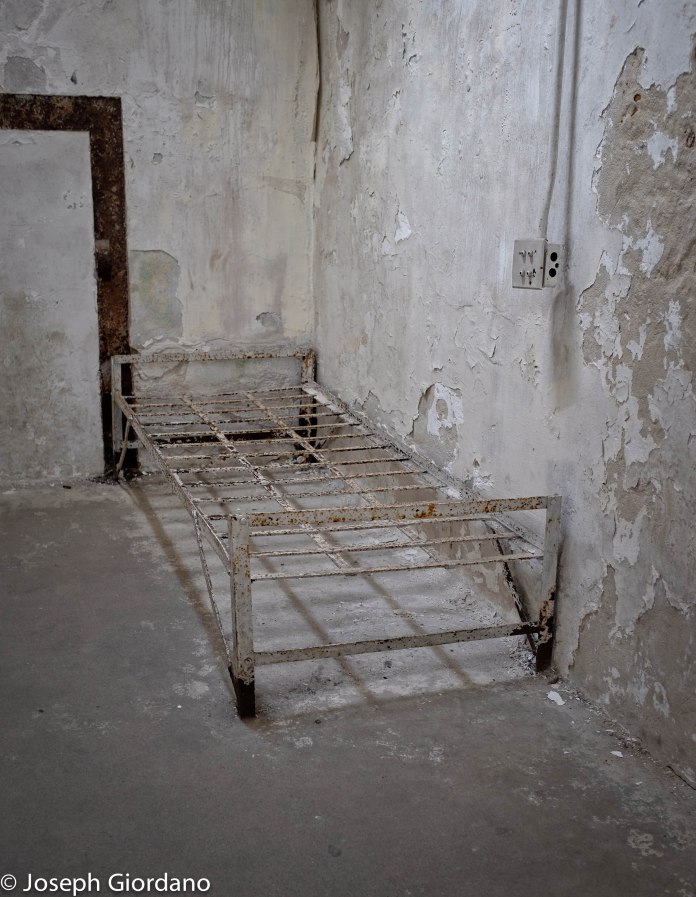 Some of the original and bed frames still exist as shown in the above photo. The plaster in this cell is actually in fairly good shape compared to some portions of this facility. 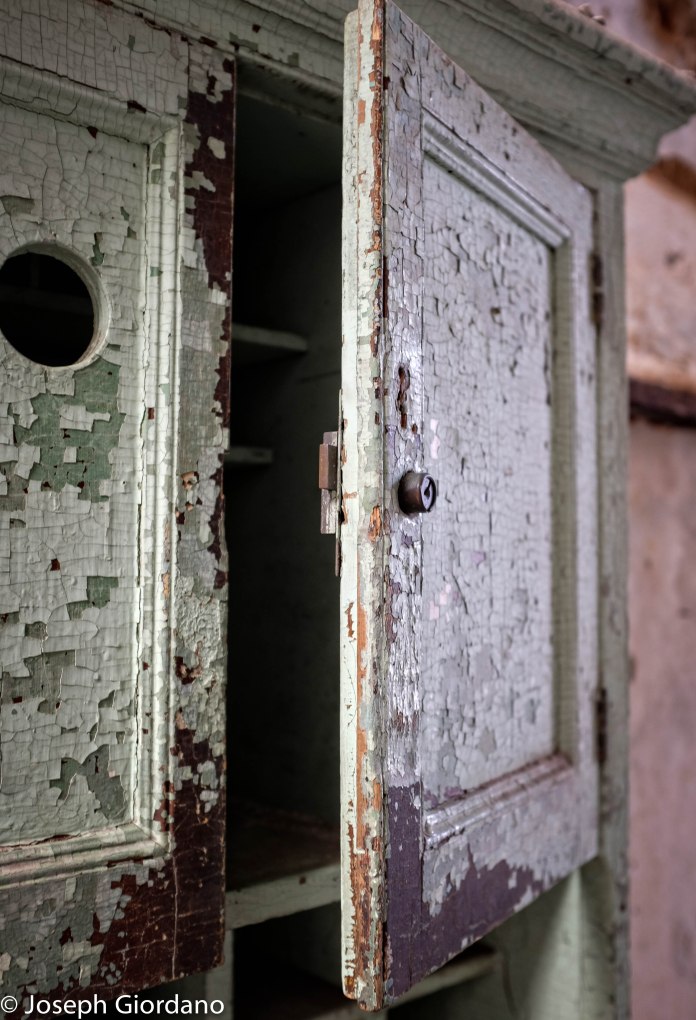 An original old cabinet sits on the wall of the corridor of cell block 1 and was probably used for washrags or towels for the inmates. 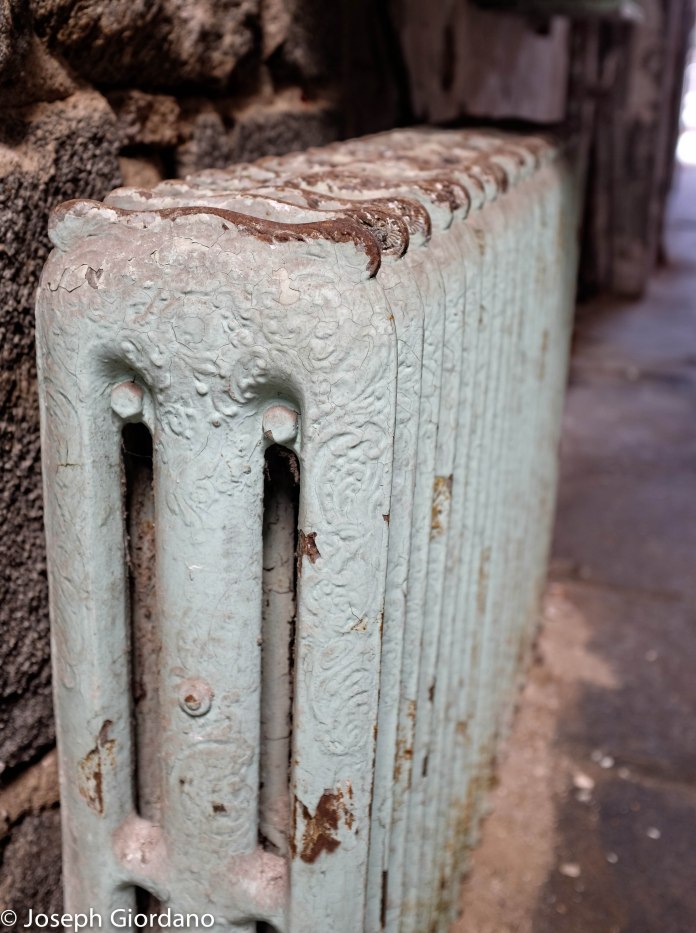 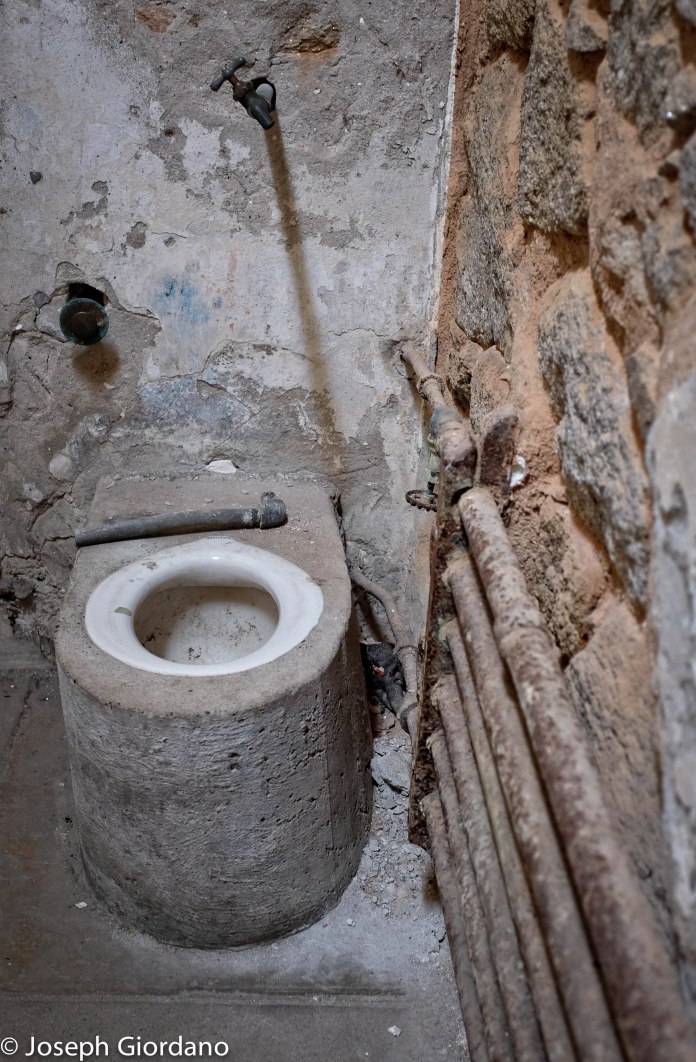 The inmates in the cells had exposed pipe radiators and cement toilets which were flushed by filling up a pail and pouring it down the toilet. They were only allowed one flush a day so you could only imagine what these cell blocks smelled like on hot humid days. It is interesting to note that this prison was so advanced for it’s time that it had running water and central heat before the White House did. 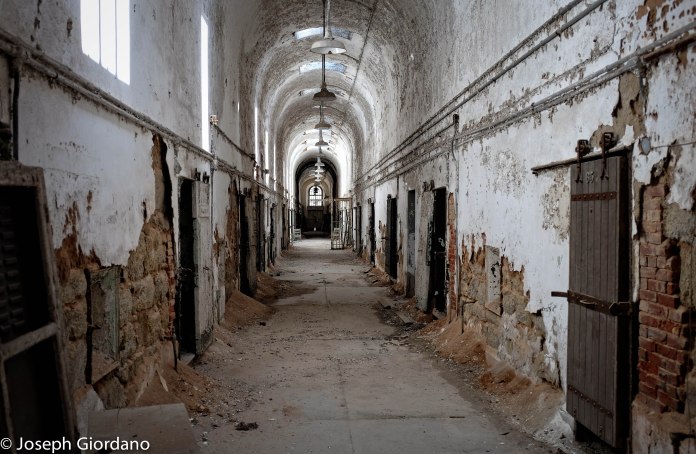 This is a view down cell block 2 and you can clearly see the deterioration of this crumbling facility. 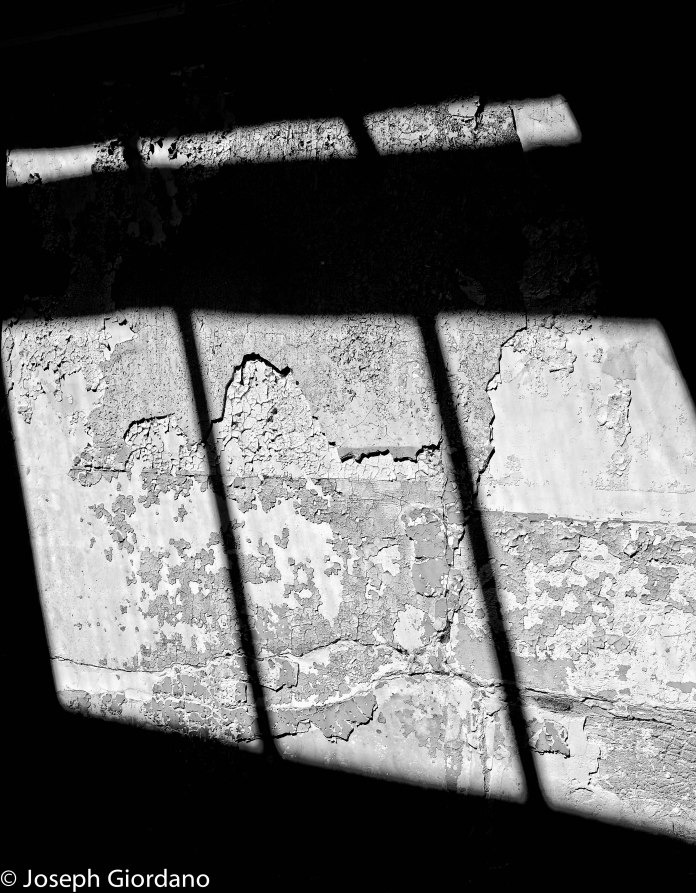 Some shadows from the overhead windows shining on the distressed plaster.