For the next two and a half days I will be posting images I had taken at the Eastern State Penitentiary, on a recent trip to Philadelphia. There will be five posts total including this one with multiple photos. Eastern State was the worlds first true penitentiary and it was designed to inspire true regret for its inmates. Eastern State was operational from 1829 to 1971 and has held some of Americas most notorious criminals including “Slick Willie” Sutton and “Scarface” Al Capone. Currently the prison is being restored a little at a time and is run by donations. If anyone is in the Philadelphia area or plans to visit this area this prison should be one of top the places on your list to visit. It is also the prison that was featured in the television show “Ghost Hunters” because it is said to be haunted.

Here is a link for a more complete history – http://en.wikipedia.org/wiki/Eastern_State_Penitentiary

Behind these high stone walls is a place that I would never want to have to serve time.

As you pass through the iron gate you are immediately faced with a feeling of regret and being well contained.

Faced with the high stone walls and guard towers there is very little chance of escape. From here on you will be watched constantly.

As we enter into cell block 1 you will notice the lack of traditional bars. These are what they called escape proof cells. 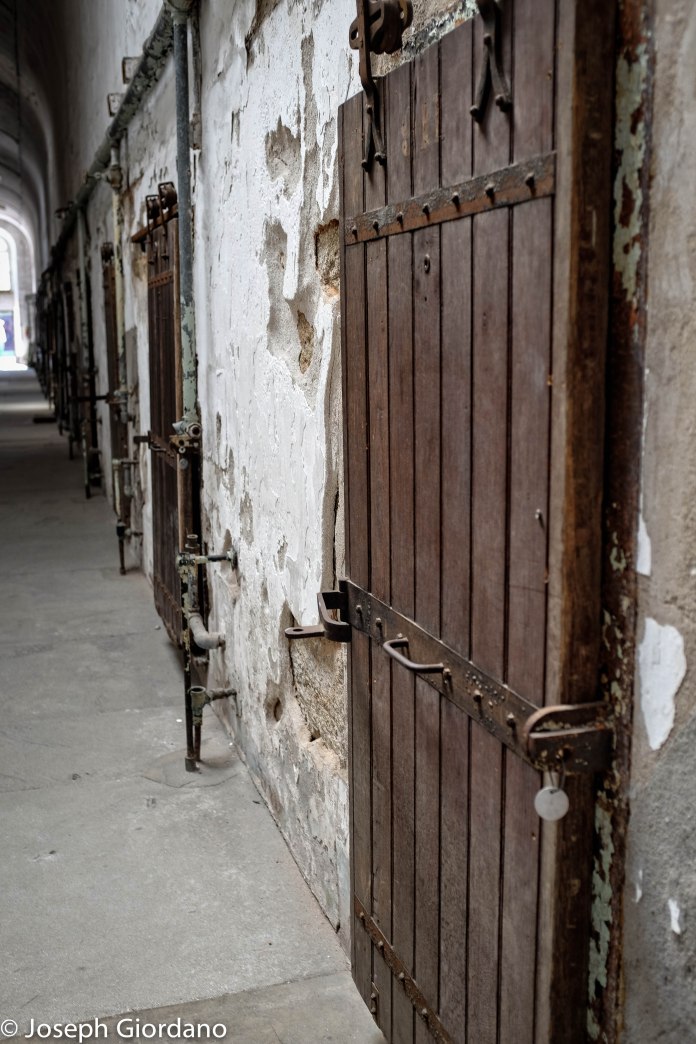 Each inmate had is own cell and this was designed so that they would have loads of time to reflect on whatever crime or bad deed they had committed (sort of like solitary confinement only with daylight).

The above photo reflects a completely restored cell as it would be back in the days when this prison was operational.

In this afternoons post I will show some of the unrestored sections of this facility in part two.